Got a pike fishing question? Send it to pike.angler@btinternet.com. Here is the latest question.

Hi Andy, I fish a water with a lot of Jack Pike. How can I target the bigger pike in the lake?
Bob T

Thanks for the question Bob. A number of years ago a couple of friends and I had the same problem. We were fishing a beautiful reed lined lake with lots of enticing bays and small islands. Quite frankly it screamed pike.

The water was an aquarium. Through the summer we caught plenty of nice tench and bream. When we moved onto pike fishing we only caught tiny jacks. Nothing bigger than two pounds, and the majority were less than one pound.

Now these pike didn’t breed themselves and I am certain they weren’t stocked. So what happened to all of the Mummy pike?

We persevered and eventually had a seven pounder, followed by a fourteen. I returned eighteen months later, determined to have another try. This time around I had two good pike in a week. 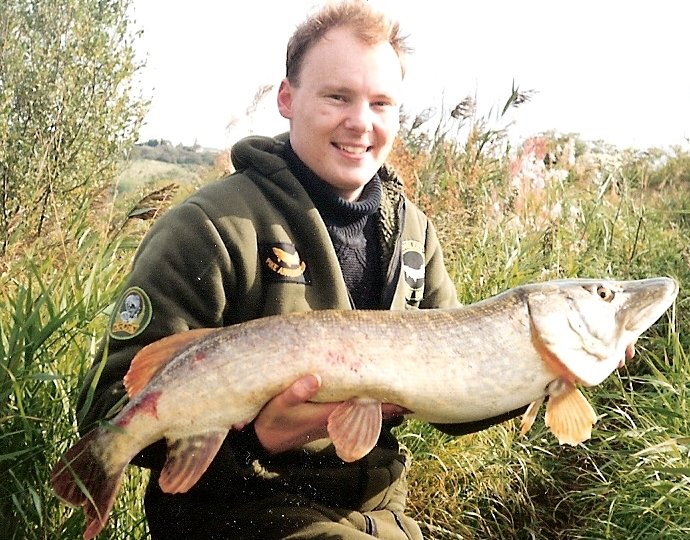 A paternostered smelt tempted this 16lb 4oz fish, before, six days later, a popped up trout snared a 20lb 12oz beauty. But what did I do that helped to catch the bigger fish, and what mistakes have I made before and since?

In the early sessions I would often wander about the lake, casting small lures for the jacks. It was great fun and guaranteed action. The truth is it is easy to get side tracked, and I did. I was never going to catch the bigger fish with so many small pike snapping at my lures.

Focus on one venue

There are so many places to go pike fishing that deciding which to ignore is crucial. This is especially true when results are poor and its a mistake I have made too many times. One year, after catching some good early season pike, I went piking 14 consecutive times to 14 different venues. Needless to say I blanked 12 times and caught just 4 jacks. I am cringing just thinking about it.

Get to know the lake

When you visit the same place again and again make sure you learn something each time. If you sit in the same swim every trip you won’t get to know the place you are fishing. Its another trap that I have fallen into too many times. In fact, just writing this is forcing me to admit my faults and realise how predictable my fishing has been at times.

On this lake, though, I tried lots of swims and really got to know the place. I spent hours plumbing the lake and also made a map of the underwater features. This helped me catch the sixteen pounder which took a paternostered smelt fished against a six foot drop off.

You should be looking for signs of pike while you are fishing because you never know when you will see something that helps to catch a fish. 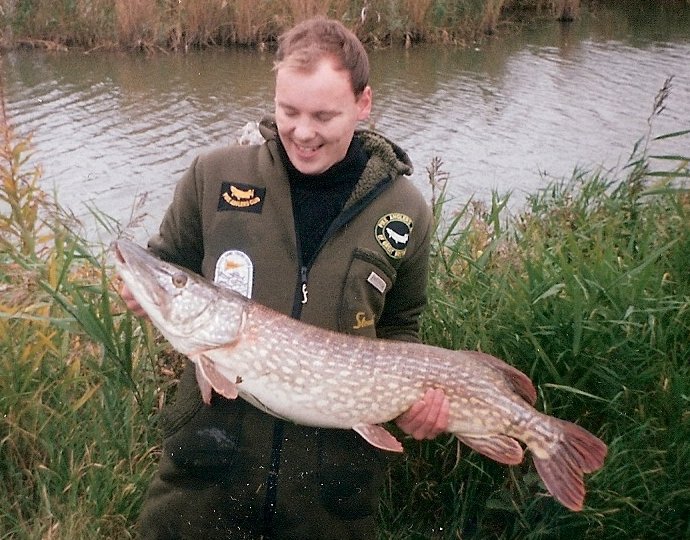 I already said the twenty pound pike, pictured above, fell to a popped up trout. I actually caught it because I acted on something unusual that I witnessed.

The lake was a feeding ground for several Great Crested Grebe’s. One bird was working an area of shallows about two feet deep and forty yards to my left. On this occasion the Grebe emerged from under the surface at about one hundred and ninety miles an hour, its head turned backwards focusing on the water, and its legs and wings going like the clappers. It took a few seconds to reel in the dead bait and cast it to the scene of the action.

The twenty pounder took the bait within five minutes. It was clearly looking for a meal, which the Grebe was determined would not be it!

I have added this section because I think pikers make too much of deciding which bait to put on the hooks. I do not think switching between a sardine, a half mackerel, a roach, or any other 4 to 8 inch bait will help to target bigger pike.

In the past I have taken up to a dozen different types of dead bait for a days fishing. This season I have selected two types of bait, roach and smelt, and I don’t think it has hindered me at all. I can see lots of benefits though.

I chose these two baits because of their versatility and contrast. Roach are a very natural, tough bait that will withstand lots of casts when wobbling. Smelt are an estuary fish with a great smell, vivid colour and skin that is also tough enough to withstand several casts. They are both proven and prolific pike baits that are easy to pop up too, which I like as an option.

I hope this has provided you with some ideas. There is no magic formula for catching big pike. Its more a case of stacking the odds in your favour, doing lots of little things well, and sticking with it.

Thanks for the question. I hope you succeed with your piking on this lake, and many more.