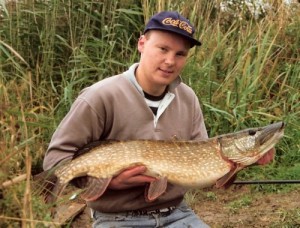 For some anglers pike fishing is just one more branch of angling that can be picked up when the mood, or time of year, dictates. It is then dropped again in favour of another species.

For others it has developed into a relationship that requires serious love and attention to keep it satisfied.

Not Simply Another Hobby

Some hobbies require little more than an enthusiastic approach and a couple of quid and away you go. Take Ten-Pin Bowling as an example. Anyone can turn up at the bowling alley and find everything provided for them. One pair of slippery soled shoes, an assortment of balls and a bucket of cola later and the skittles are taking cover from your balletic lunges and pirouettes.

On the oher hand, pike don’t take kindly to being tossed around like skittles. In fact, despite a fearsome reputation for eating everything within range, including ducks, geese and, according to some legendary tales, large dogs, pike are the most fragile of species.

Pike need to be handled with tender loving care. 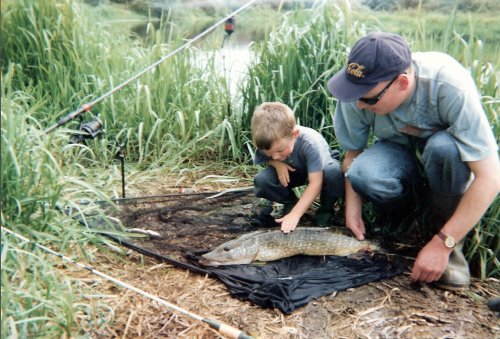 If you really want to go pike fishing there are a few qualities that you will find useful such as:

Equally important in successful pike fishing is that you gain the confidence to safely hold and unhook a predator with razors on their gills and hundreds of needle sharp teeth in their boney mouths. 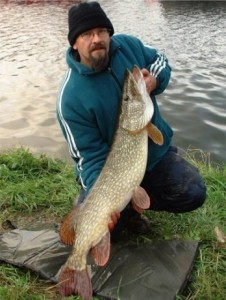 The best way to learn how to fish for and, more importantly, care for pike is to go with someone who can educate you in the skills required.

I was introduced to pike fishing by a few friends. Without them I would never have known where to start. I tagged along with them on trips into hitherto unknown areas of the countryside. These places seemed so remote to me that I feared I would never see my family again. Quite frankly I am surprised that there aren’t stories pikers that simply went fishing one day and never returned.

My fishing career up to that point was brief and unspectacular. A couple of hours drowning maggots on a boating holiday on the Norfolk Broads with a 6 foot, Latham’s special fishing rod spring to mind. I can also recall a disastrous sea fishing trip with my Dad. I spent the entire day shouting for huey. 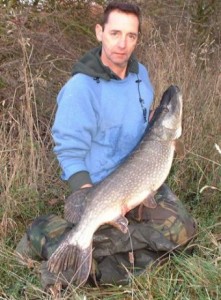 These friends were also members of the Pike Anglers Club and very soon I was attending meetings, watching slide shows and joining these guys on the bank on numerous fish-ins.

The PAC played a huge part in my early development and they are still fulfilling that role for new anglers today. The regional structure provides a valuable network for pooling resources and sharing knowledge amongst both new and experienced pikers.

It isn’t the only organisation providing support to pike anglers. Here are some links to national pike fishing clubs: 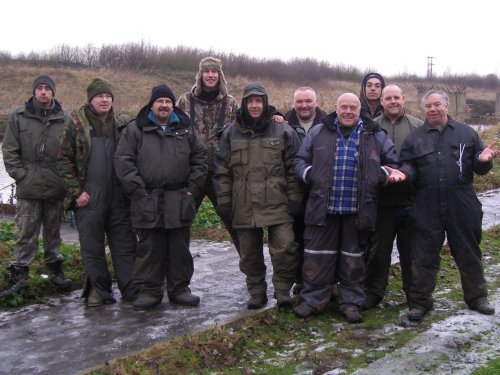 In 1988 computers were rare and the internet was Tm berners Lee’s pipe dream (or was it Al Gore?). Apart from being on the bank, the Pike Anglers Club was the only place to meet other pikers.

Forums and other forms of social media provide a place for like-minded (or not so like minded) enthusiasts to discuss their hobbies with people from all over the world. They can be a valuable tool in the development of good practice.

Just like all forms of the written word, but perhaps even more so give their immediacy and attraction to a small lunatic fringe, forums can also help the spread of poor practice.

You must therefore read all advice and articles with a critical eye. Apply your own thinking, be sceptical, be logical and most of all, make up your own mind. 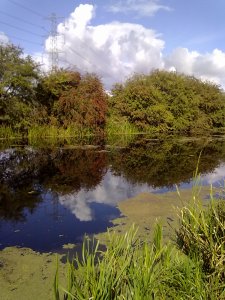 There is so much about pike fishing that you need to get right in order to give yourself a chance of catching a pike and safely returning the fish to water. You must buy a suitable rod and reel, line, floats, hooks and bait, landing nets, forceps and an unhooking mat. Find somewhere to fish that offers a chance of catching. Finally, you must successfully and correctly tempt, hook, land, unhook and then return the fish to the water. Without an experienced angler to guide the way, a novice angler would need to work rediculously hard or be amazingly lucky to get all of that right at the first attempt.

If I had firstly gone piking on my own, and if I was lucky enough to hook a pike, it would not have survived a trip to shore as I could never have unhooked it.

The remaining choices being to butcher the hooks out, return it to the water and allow it to slowly bleed to death, kill the poor thing there and then, or simply cut the line and throw it back, condemning the once proud beast to a slow and inevitable death.

I am not sure if the pike would have preferred if I had never picked up a rod. I am, however, certain that the pike are as grateful as I am that, once committed, I had the guidance and tuition of some great friends and anglers to help Esox and I along.

Those distant, forbidding, isolated places I now regard as rewarding, welcoming, almost homely. They are places that are full of special memories, of catching wonderful pike, of belly aching laughs, of times spent with great friends.

This is why my first golden rule of pike fishing is:

LEARN FROM AN EXPERIENCED PIKE ANGLER

Thank you to all of the pikers I have shared a bank, boat or a pint with.

2 Replies to “My First Golden Rule of Pike Fishing”