This question was sent in by Lee Saunders. Lee asked:

When fishing a new large water that, after plumbing, has no obvious top/underwater features, e.g reservoir/lake/loch what depth and distance would you start fishing at?

Lee says that he will be fishing during October, November and December. He adds that he’s been catching at 15 to 18ft deep at a range of 25m to 50m. 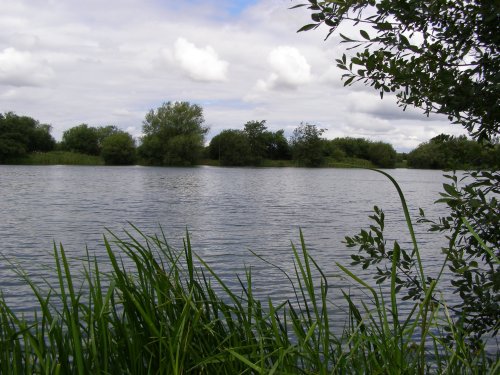 Thanks for the question Lee. When I read the question, my first thought was; if it ain’t broke, don’t fix it. If you are catching then you must be doing plenty of things right, including fishing the right depth and distance.

But we know that pike can be fickle. What works one day can be frustratingly fruitless the next. So where should you focus your fishing?

The first, second and third place you should target is under your own feet. Put a bait within a rod length of the near bank and don’t worry about depth. Pike love to spend time resting up against reeds, weed and other bankside cover.

Personally I always look for reeds. They seem to attract pike better than any other feature. Don’t be afraid to place a bait right up against them.

You say there are no obvious features, Lee, so this places more emphasis on the edges of the lake. Be prepared to move pegs if your first choice has not produced any action.

A roving approach can be an interesting method, and its not just suitable for rivers and drains. Try fishing with one rod and spend 30 to 40 minutes in each spot, making sure to keep very quiet.

If you prefer to stay in on one peg all day, then work the water in front of you.

I like to fish deadbaits popped up eighteen inches. Again I will keep trying different areas, bringing the bait back a rod length every fifteen minutes.

Finally, some of the reservoirs can be full of rocks, branches and other snags. To combat this I will suspend a bait and let it drift.

I used to think a simple deadbait suspended beneath a float was a method only used by inexperienced anglers. I have seen others catch on it so often that I had to swallow my pride and give it a go. I can assure you that it works.

Don’t be afraid to fish it quite shallow. I would start at two to four foot off the bottom and reduce the depth by a couple of foot every cast.

Find out How to set up a Float Ledger Rig

I hope this gives you some ideas for the next time you go piking.