Looking for Lucie is the story of Mark Kendal, journalist, editor, husband and obsessive pike angler. Kendal dreams of catching a massive pike and he is sure he knows where to find one. The story follows Kendal on his quest as he tackles a huge Scottish Loch in search of the monster pike he has dreamed of since he was a boy.

Or is Looking for Lucie the story of Lucie, Queen of the Loch? A huge pike whose three aims in life are survival, food and reproduction.

This book intertwines both of these stories as we are taken on two journeys that are destined to cross paths at some point. When will this meeting take place? Who will emerge victorious? Will they both survive the encounter? You will not want to put this book down until the gripping encounter has played out.

Buy Looking for Lucie on Amazon 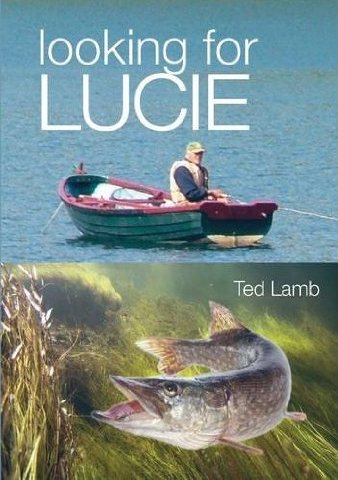 There is a lot of scene setting in early part of the book as the author takes the reader on a history lesson of modern pike fishing. Many of the myths surrounding pike are discussed and put to bed.

The story of the two main characters, Kendal and Lucie, are slowly introduced. As the book moves away from fact into fiction the novel gains pace and the tension increases as the stories of the angler and the pike unfold.

Ted Lamb is founding editor of Sea Angler, a journalist and author of several books . In Looking for Lucie Ted has produced a very unusual pike fishing book in that it is a work of fiction. I can’t think of any other novels centered around a pike angler.

Check out more angling books and novels from Ted Lamb

Looking for Lucie is the second book by Ted Lamb in the Brightwell Trilogy. The first book, Brassribs, is a carp fishing novel currently available as a Kindle ebook. Look out for the paperback version which will be out soon.

The final part of the Brightwell Trilogy is expected later in 2013.