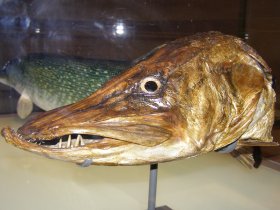 Pike are a predatory fish found at the very top of the freshwater food chain in British and European waters.

Whether gazing over miles of natural Scottish Loch or boating on the man made Broads of Norfolk, walking along a small Yorkshire river or sailing a huge Welsh reservoir, Pike will be lurking in the shadowy depths.

They spend hours, days, weeks, patiently waiting for an opportunity to strike out at their prey. A smaller fish, maybe a roach that strayed too far from the shoal, is snatched in a lightning flash of green and cream. Unable to escape the grip of hundreds of tiny white teeth, the roach is turned in the blink of an eye.

Staring down the throat of Esox Lucius, its fate is sealed. It is swallowed whole. 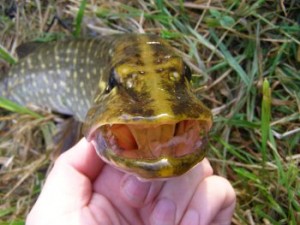 Pike capture the imagination. From the myriad of drains that form the Fens in the east of England to the Lake District of Cumbria, gravel pits and estate lakes, canals and park ponds, the mighty pike is the undisputed master of the pistcatorial world, and every venue has its pike myth.

Disclose your chosen venue to any random stranger and the chances are they will tell you a tale of uncaught monsters rampaging through the resident duck, goose or swan population.

Fish stocks will have been decimated by the indiscriminate killing spree of an unseen ‘Twenty’, ‘Thirty’ or even ‘Forty’ pound pike.

A five foot long pike, “bit a bloke’s finger right off”, “dragged in a rottweiler”, “chased some kids out of the river”. We have heard them all.

Sometimes we question the story and find that it was a friend of a friend’s relative who was overheard telling the tale in the pub. Occasionally we explain that it is not plausible for a twenty pound pike to drag a 120 pound dog into the water. The pike’s teeth are just not large enough to remove a finger. But mostly we choose to smile and ignore the harmless tale teller. 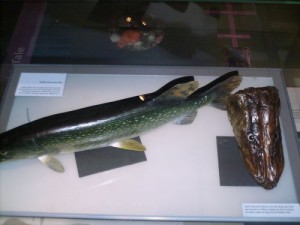 Mind you, anglers have been known to tell a tale too. The image shows the head of the legendary Endrick pike which was a fish that was found dead in the River Endrick at Lock Lomond.
Some people estimate the weight of the Endrick pike to be seventy pounds. The head is certainly large but so are those on fish in the Norfolk Broads whose staple diet is bream.

You can decide for yourself as the Endrick Pike head is on display at Glasgow Kelvingrove Museum and Art Gallery. 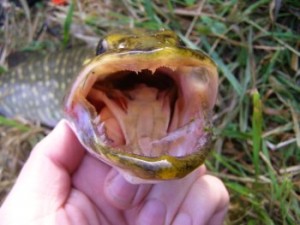 Myths and legends repeated over centuries serve to create reputations. Facts arise from such tales and the poor pike has come to be feared and despised by rational folk.

But we must not blame them. It takes a huge effort by a small number of people to start the bandwagon of change rolling.

The Pike Anglers Club of Great Britain has spent thirty five years trying to turn the tide of public opinion towards Pike. The battle continues unabated with pike removed from my local canal just this year. Evidence shows that pike culls are detrimental to the overall population of other fish species in a fishery. It can spark an explosion of small pike in a venue, which prove to be a greater problem to the prey fish and those wishing to catch them than leaving nature to provide a balance.

When pike are culled, fewer pike big enough to feed on their smaller siblings remain. The remaining pike will still reproduce and the result is more ‘Jacks’ or young fish. With no natural predator to control them they will grow up together and logic would suggest that they will grow bigger together.

To achieve a healthy balanced fishery, nature really should be allowed to have its way. 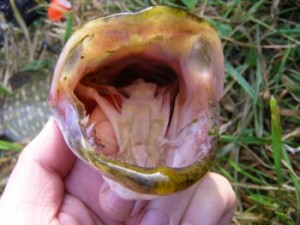 When lucky enough to land one, we pike anglers like to weigh our catch and we always refer to the size in pounds and ounces.

Female pike grow much larger than the males and fish of ten pounds or more will be female. Smaller Pike of less than five pounds in weight are commonly called ‘Jack’s’ although sometimes even larger fish of up to seven or even ten pounds are referred to as Jack Pike.

Twenties are very special fish and anglers feel very proud when they catch one. Thirties are the pike of a lifetime. During each fishing season very few Thirties will be caught and the number of forty pound fish reported in the history of British pike angling only stands at around forty. 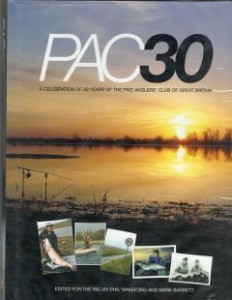 The biggest authenticated pike caught in our waters and the current British record is a pike of 46lb 13oz. The fish was caught at Llandegfedd Reservoir in South Wales by Roy Lewis in 1992 on a Creek Chub Pikie artificial lure.

The book contains thirty wonderful pike fishing stories from many of the anglers who have contributed to pike angling’s premier pike fishing club.